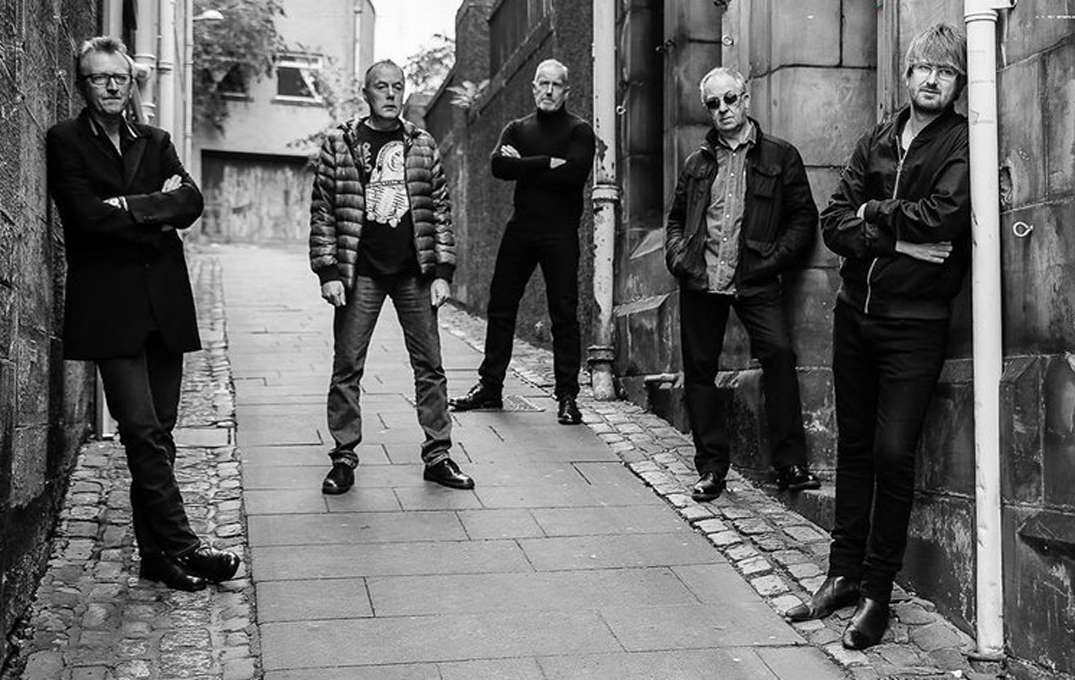 “Memories fade, but some linger for a reason. The Skids was the definitive part of my early life. A brilliant adventure into the world of creativity and adulthood”, reflected Richard Jobson recently, “I was a kid when I joined the band in 1977 – 16 years old. By the time the adventure had run aground, I was a dazed and confused young man. We were fearless in the beginning, always trying new things and not afraid to be different in a musical world that was beginning to sound very derivative and safe. Contrary to the reports from people who were never near the centre of the band, Stuart Adamson and I got on very well – in fact for a long time we were very close. I enjoyed writing with him – he was generous and incredibly adaptable to my unmusical ideas. The Skids were not just another punk band – we were creatively ambitious as well as being close to the core beliefs of our hard-won fans. But most importantly we loved playing live. Taking these memories and replanting them into 2017 has not been easy. How do you do it? How should it sound? Are we little more than a heritage band? These were the questions rattling around my head as I tried to find a way to celebrate the bands 40th anniversary. The answers ended up being very simple – Don’t over think it – Just do it. Enjoy every minute of it. Play the songs like it might be the last time. Give it everything. And then… there’s the new stuff! The beginning of something new rather than the end of something old.”

SOMETHING OLD… The Skids formed in 1977 in their home town of Dunfermline, Scotland by Richard Jobson, Stuart Adamson, Bill Simpson & Tom Kellichan. After releasing an independent single the band were played by John Peel, supported The Clash in concert and then were signed to Virgin Records in 1978. Their first singles were “Sweet Surburbia”, “The Saints are Coming” and “Into the Valley” – the latter reaching the UK Top Ten in early 1979.
Their seminal debut album “Scared to Dance”; came out in 1979 and was quickly followed by two chart singles – “Masquerade” and “Working for the Yankee Dollar”. Both singles were taken from the Bill Nelson (Be Bop Deluxe) produced second album “Days in Europa”. The album also featured new member Rusty Egan of Rich Kids & Visage fame after the departure of Tom Kellichan. The band released two more albums “The Absolute Game” (1980) and “Joy” (1981) before splitting. Stuart Adamson went on to have worldwide success with his new band Big Country.