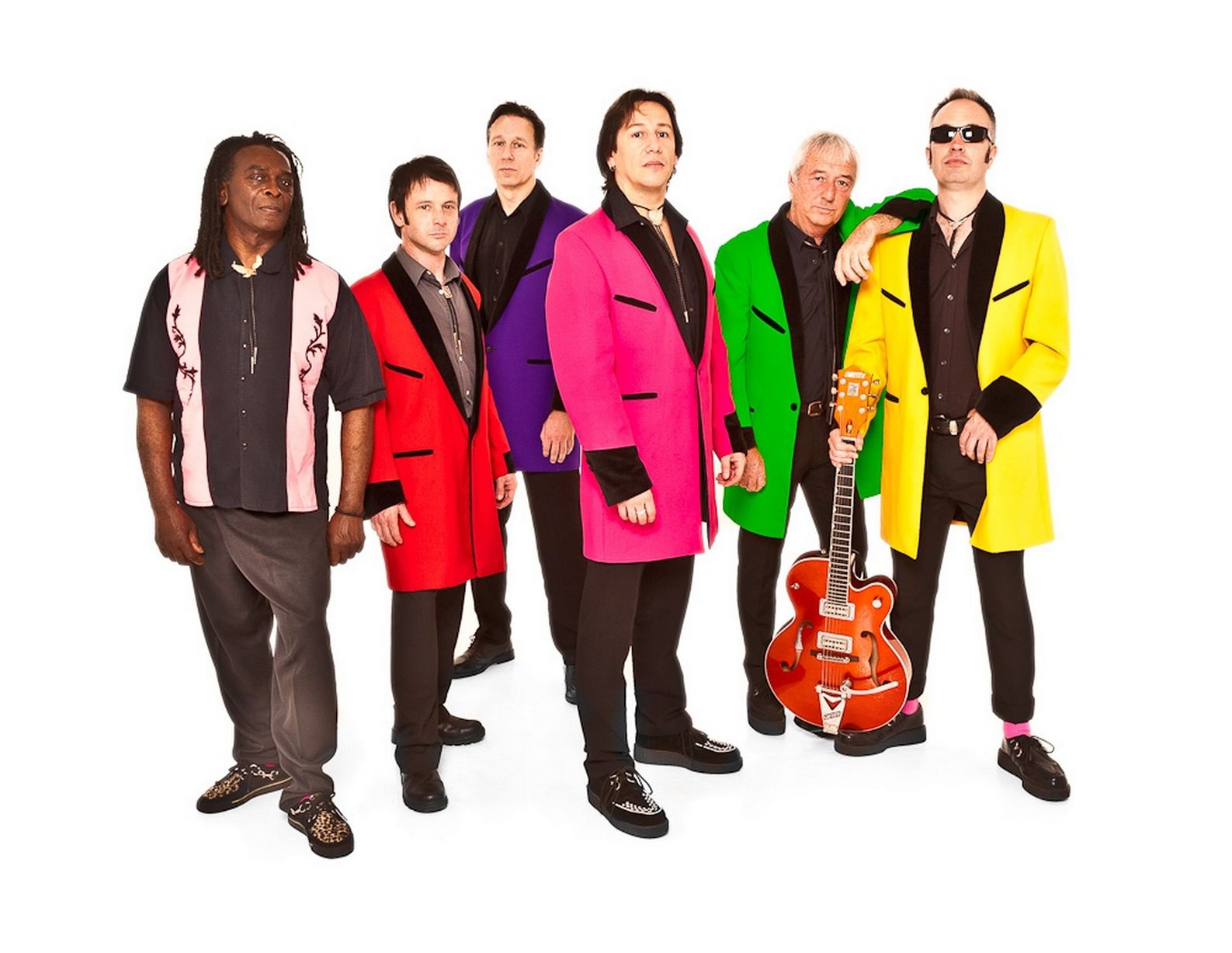 Showaddywaddy have long been established as Europe’s most successful ever exponents of retro-inspired rock & roll. The record simply speaks for itself!
23 Top 40 hit singles, including 10 Top 5 hits “Under The Moon of Love,” “When,” “You Got What It Takes,” “3 Steps To Heaven,” “Hey Rock & Roll” and many more.
15 massive selling albums (including the Christmas number 1 in 1978)
An incredible live show – acclaimed the world over!
In excess of 50 Top of the Pops performances, and countless industry awards!
Royal Variety performances (one to the delight of the Queen Mother – who actually requested to meet the band post-performance)
Bill toppers at the prestigious Golden Orpheus World Music Festival before a staggering TV audience of 300 million people – making history in the process by becoming the first western-world band to be screened live in Communist Cuba!
As if the band’s amazing success through 4 decades were not enough, here well into the 21st Century the demand for these legendary performers is every bit as strong, which is surely a testament to their outstanding reputation as live artists.
+ Google Calendar+ Add to iCalendar